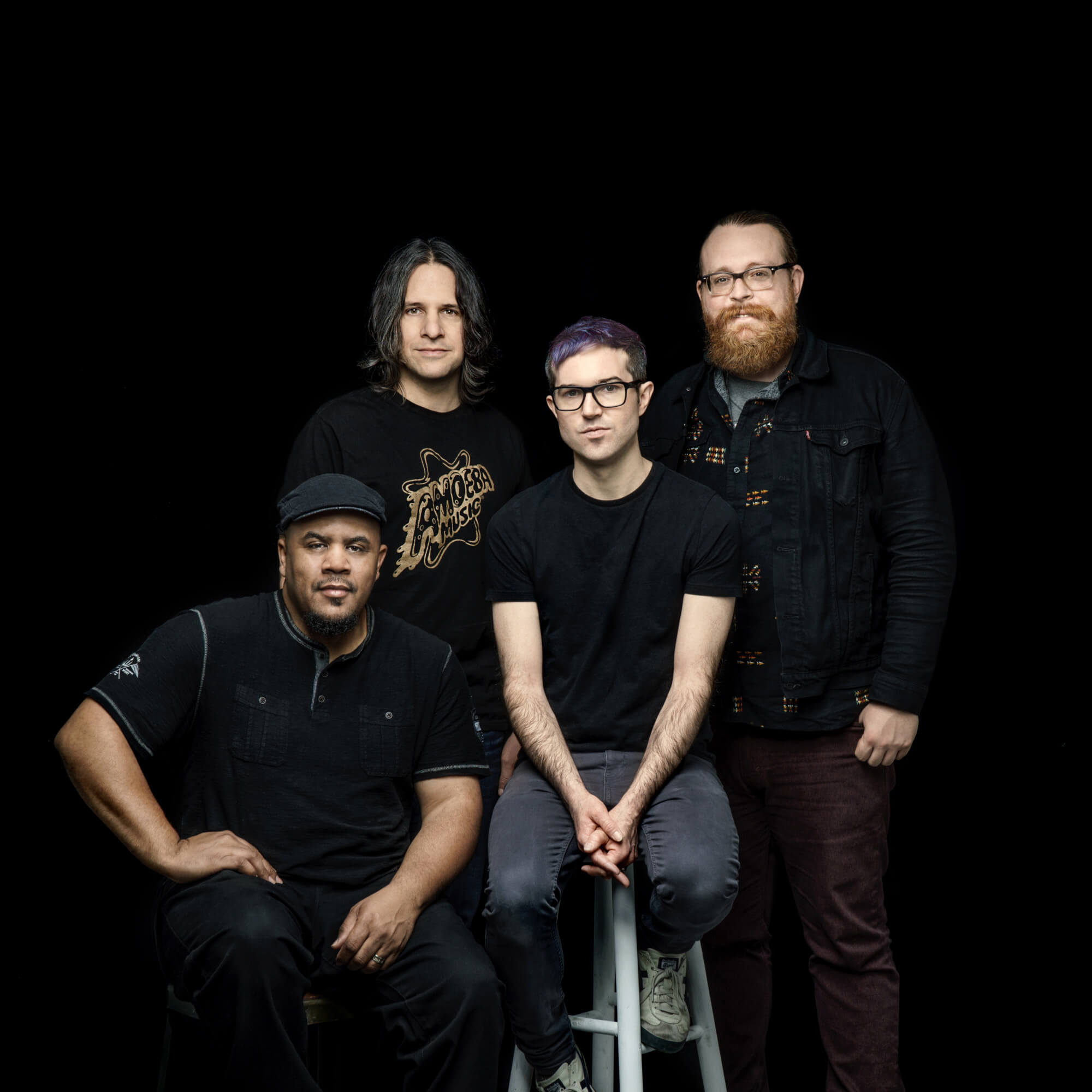 Keyboardist Henry Hey is an established composer, arranger, producer, music director, and songwriter. He has lent his personal voice to many bands including his own co-led group, Rudder (featuring Keith Carlock, Tim Lefebvre, and Chris Cheek). Henry has recorded and performed regularly with jazz notables such as Donny McCaslin, Theo Bleckmann, Jeff ‘Tain’ Watts, and Seamus Blake. His musical work also finds him engaged in creative projects outside of jazz. Most recently he worked directly with David Bowie as the orchestrator, arranger, and musical director for David’s theatre piece Lazarus (NYC/London). Henry was George Michael’s musical director, working closely with George and legendary producer Phil Ramone in the creation of the critically acclaimed album Symphonica. He went on to lead the forty-piece orchestra and band in arena touring throughout Europe. He was also the musical director for Rod Stewart’s Great American Songbook, for which he led and arranged the world tour and television appearances. Henry’s writing can be heard on the latest albums by pop sensation Empire of the Sun and Columbia artist Lucy Woodward. His playing can be heard on several major motion pictures, including Ocean’s Twelve, The Secret Life of Walter Mitty, and The Hundred-Foot Journey and Ocean’s 8. He also collaborated with Empire of the Sun on the songs and score for cult film Dumb and Dumber To. In demand as a key part of several touring groups, Henry appears frequently with television and Broadway star Vanessa Williams and Columbia recording artist Chris Botti, and he has worked closely in the studio with producers Tony Visconti, Kevin Killen, Frank Filipetti, Richard Perry and Steve Tyrell.

Guitarist Chris McQueen is an Austin-based producer, composer, arranger, and recording artist. He is a founding member of three-time Grammy winning band Snarky Puppy as well as an acoustic guitar duo with fellow Austinite Matt Read. He tours around the world with Snarky and several other groups, including Bokanté, Lizz Wright, Banda Magda, Lucy Woodward, and Alejandro Escovedo. Chris started writing and recording music in Austin at age ten, but he cut his teeth in the Dallas Gospel/R&B scene, especially through the mentorship of keyboardist Bernard Wright. He attended the University of North Texas for jazz, where he played in and wrote for the One O’Clock Lab Band. Chris has led several rock bands, including Oso Closo and Foe Destroyer, and has been featured in a number of rock musicals. Most recently he played lead guitar in David Bowie’s Lazarus at New York Theatre Workshop and The Rocky Horror Show at The Dallas Theater Center. He also designed and built Guitar Note Atlas, an app for iPhone and iPad to help guitar students learn the fretboard.

Drummer Jason Thomas (aka JT) is a 3-time Grammy Award winning drummer hailing from Weatherford Tx. Known for his ability to authentically adapt to whatever genre/style of music he’s put in. JT has become highly sought after by an array of different artists such as Roy Hargrove’s RH Factor, Fred Hammond, CeCe Winans, Marcus Miller, Mark Lettieri, FORQ, & Phillip Phillips too name a few. His high level of

preparation for each artist he works with, along with being a consummate professional on and off stage, is what continues to keep him busy performing on stages and in studios all over the world. JT is proudly endorsed/sponsored by Yamaha Drums, Meinl Cymbals and Percussion, Vic Firth Drumsticks, Evans Drumheads, and MatTea Inc. Vocal Luxury.

Bassist Kevin Scott has been a fixture on the Atlanta music scene for over a decade, and is always expanding his musical and geographic reach. Whether performing live or in the studio, as a leader or a sideman, his musical knowledge and creative spirit have made him a first call in many circles from jazz to funk, hip- hop, and metal. He has toured and recorded with a wide range of artists including John McLaughlin, Jimmy Herring, Donny McCaslin, Wayne Krantz, Akon, Monica, Wale, Col. Bruce Hampton, and Russell Gunn. When not on tour, Kevin is the host of Atlanta’s infamous no-holds-barred Tuesday night jam session, which has become a destination for some of the best musicians in the world to play purely improvisational music among other freethinkers.